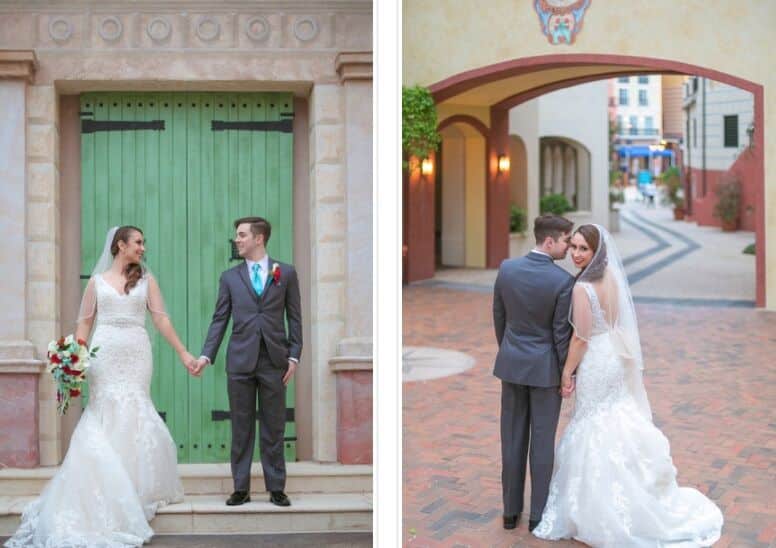 They were referred to us by Just Marry events and we were thrilled to make their Dream Day a reality. Not only did Our DJ Rocks get to rock the reception, Alexandra and Sean also booked a black printz photo booth with glitter backdrop from our sister company, Photo Booth rocks. Take a peek below at some great moments both on the dance floor and in front of that glittery backdrop.

The ceremony was on property at the beautiful Portofino Bay hotel and the reception was held in the Venetian ballroom. A custom monogram with the couple’s names and wedding date really set the tone for a glamorous destination wedding. Alexandra’s color scheme of aqua and red was as unique as it was beautiful. I mean, seriously…did you see that cake?!

Our DJ Rocks kept the party going with a little help from a great selection of classic wedding favorites from the bride and groom. Check out the couple’s song list below for some inspiration for your own upcoming event! 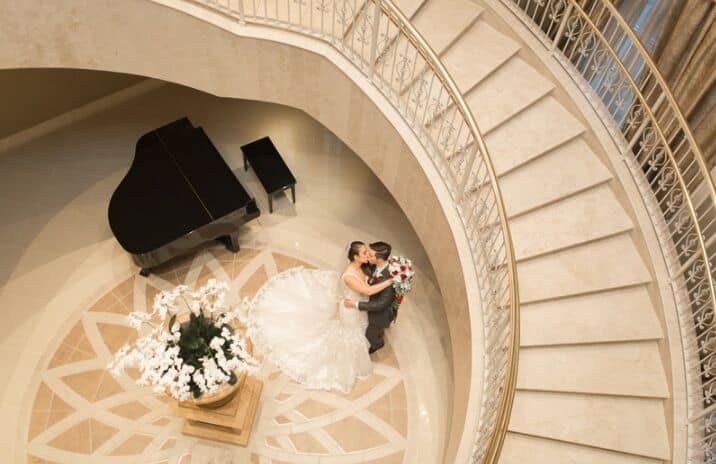 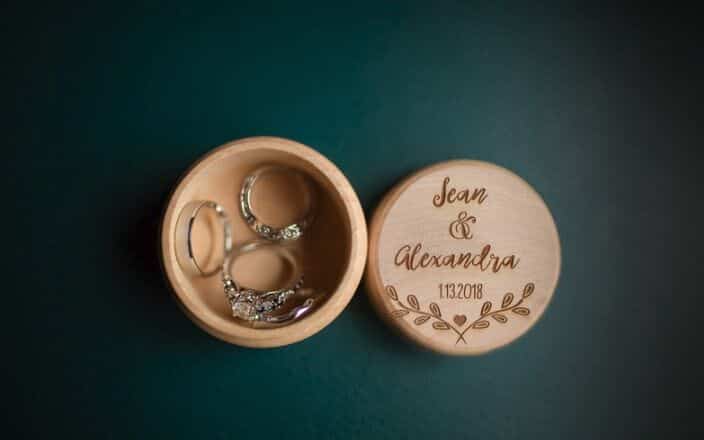 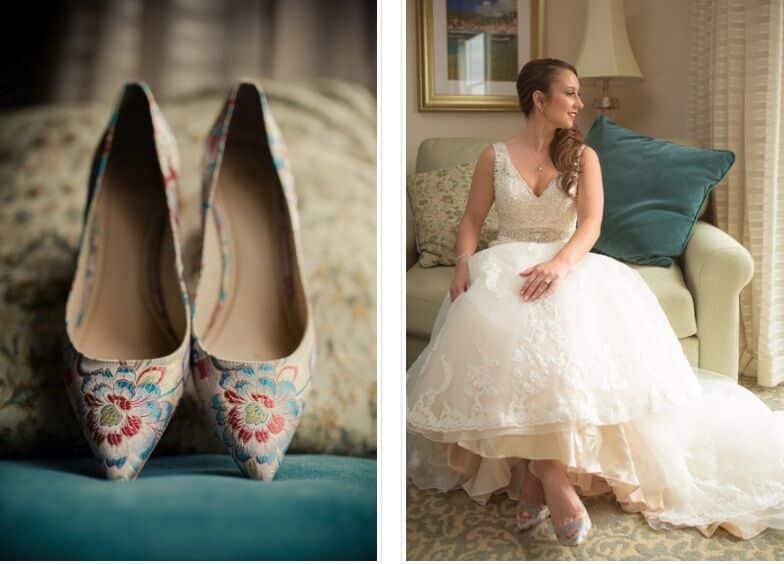 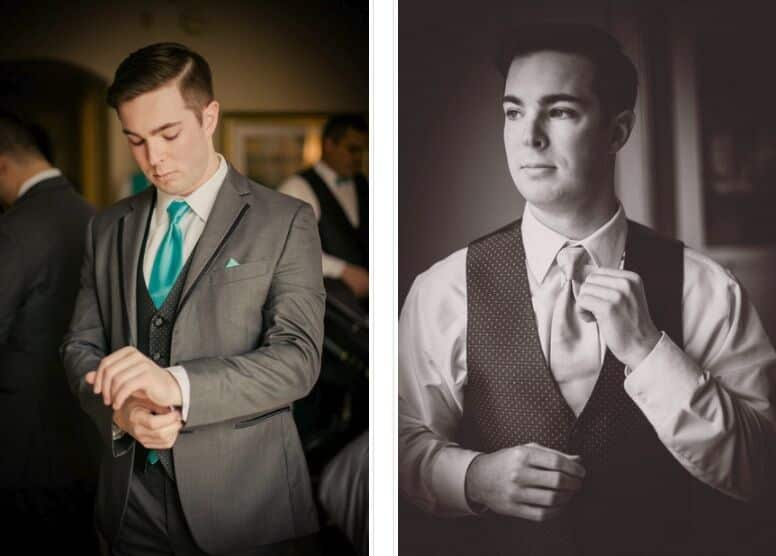 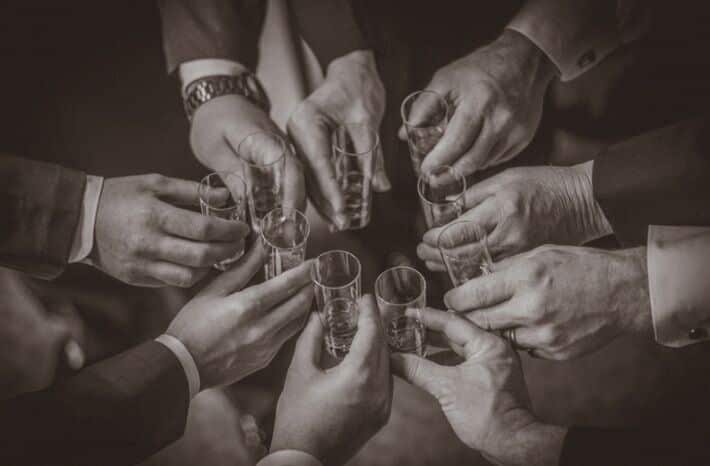 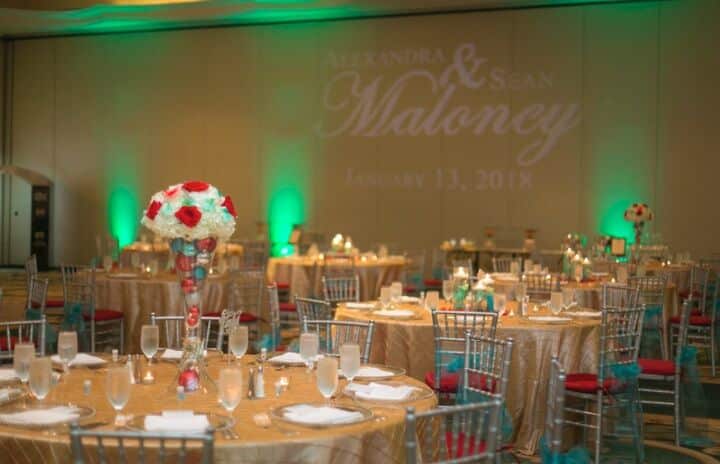 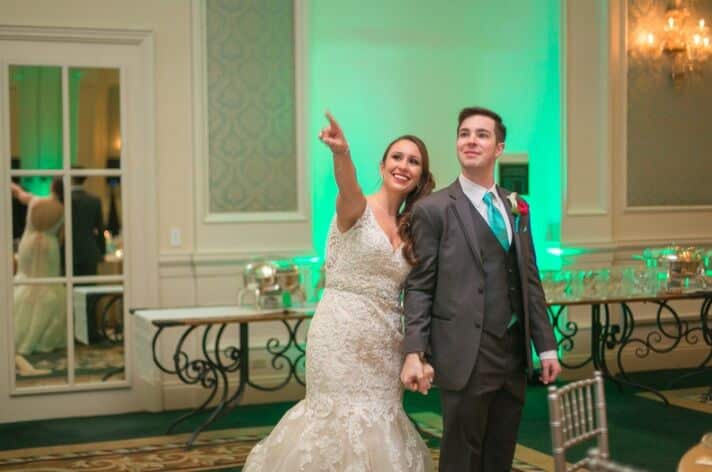 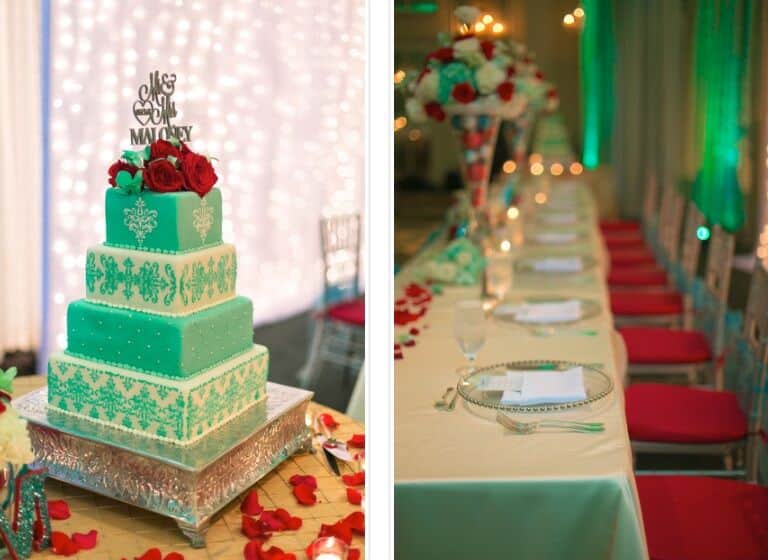 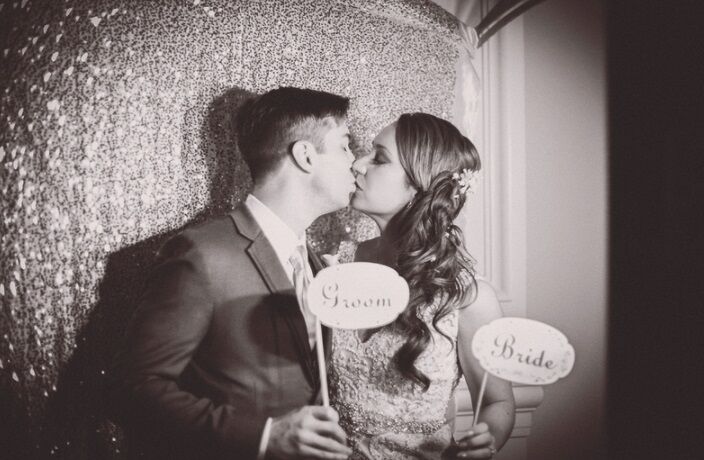 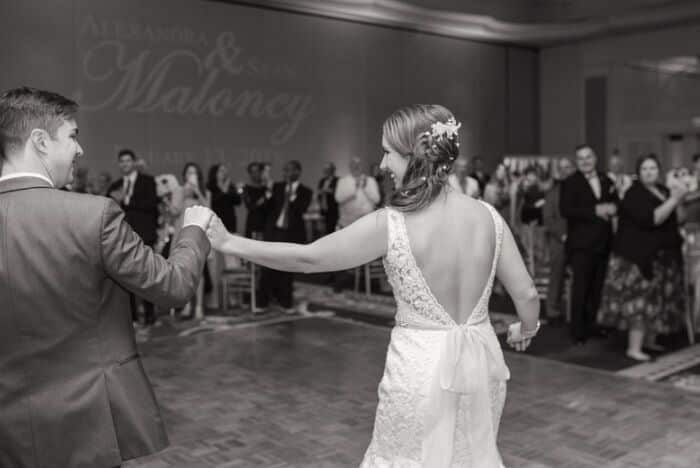 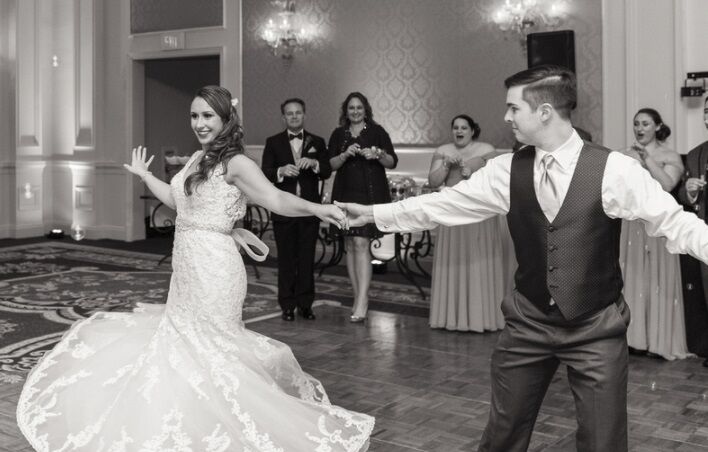 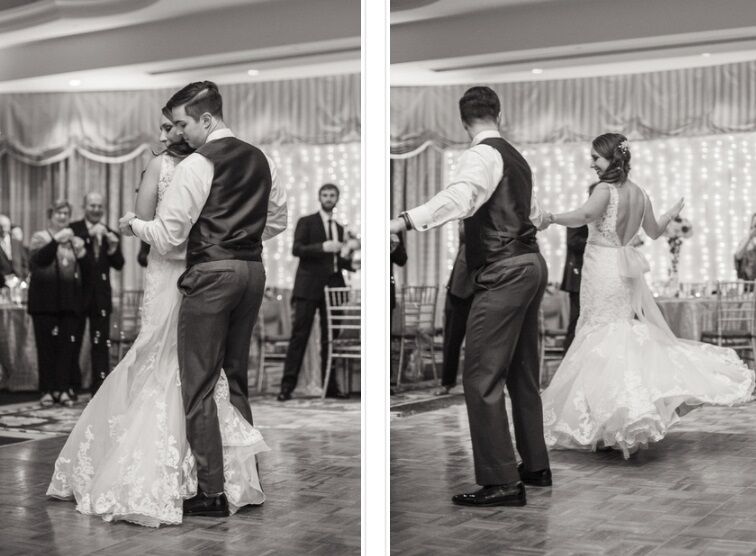 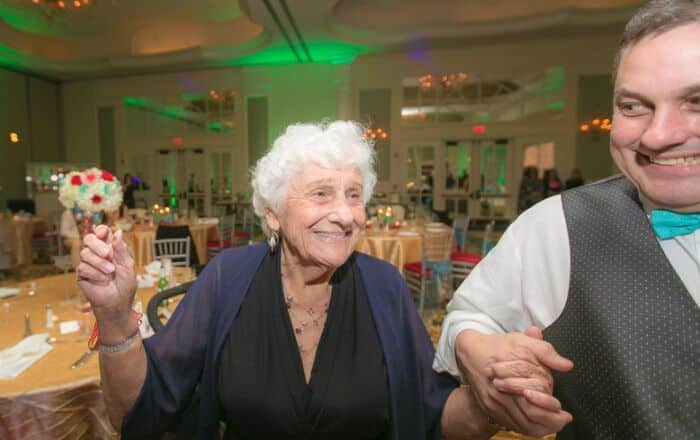 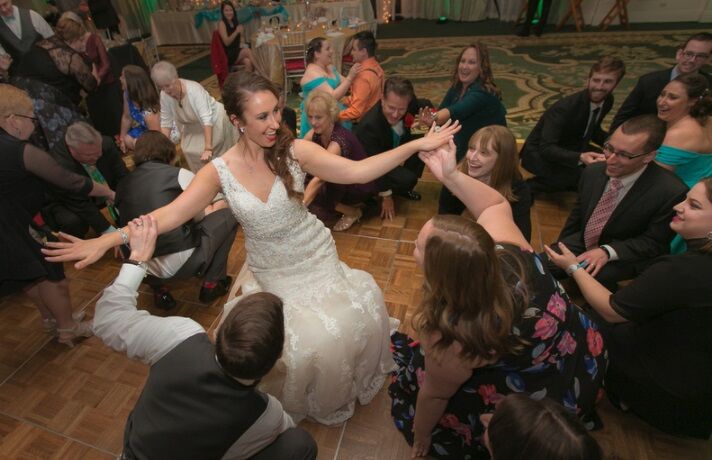 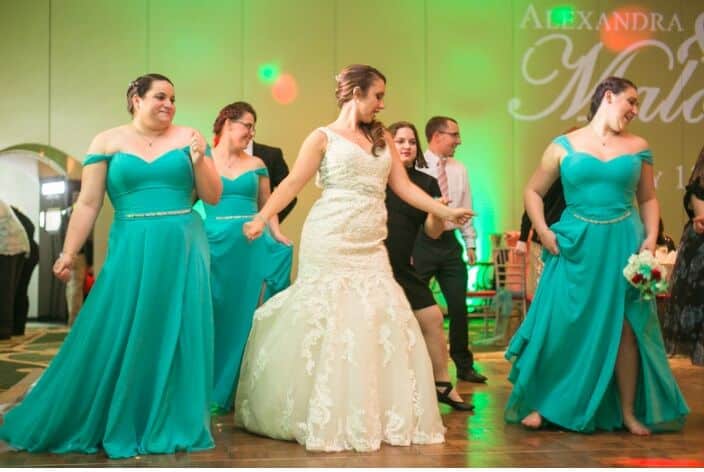 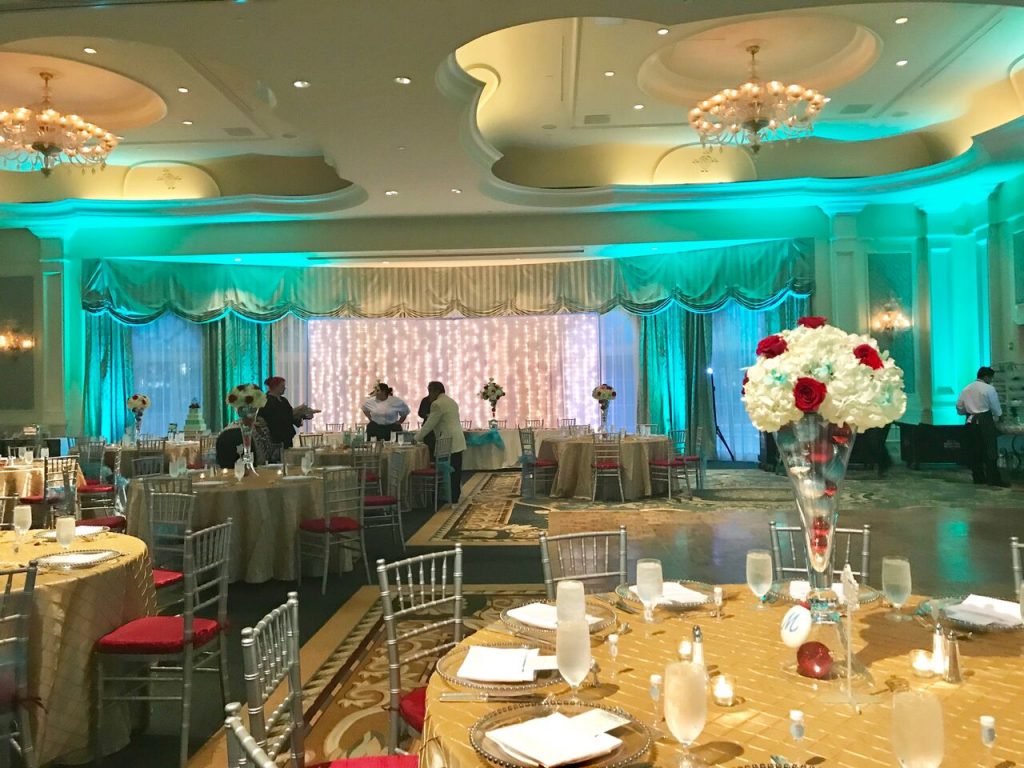 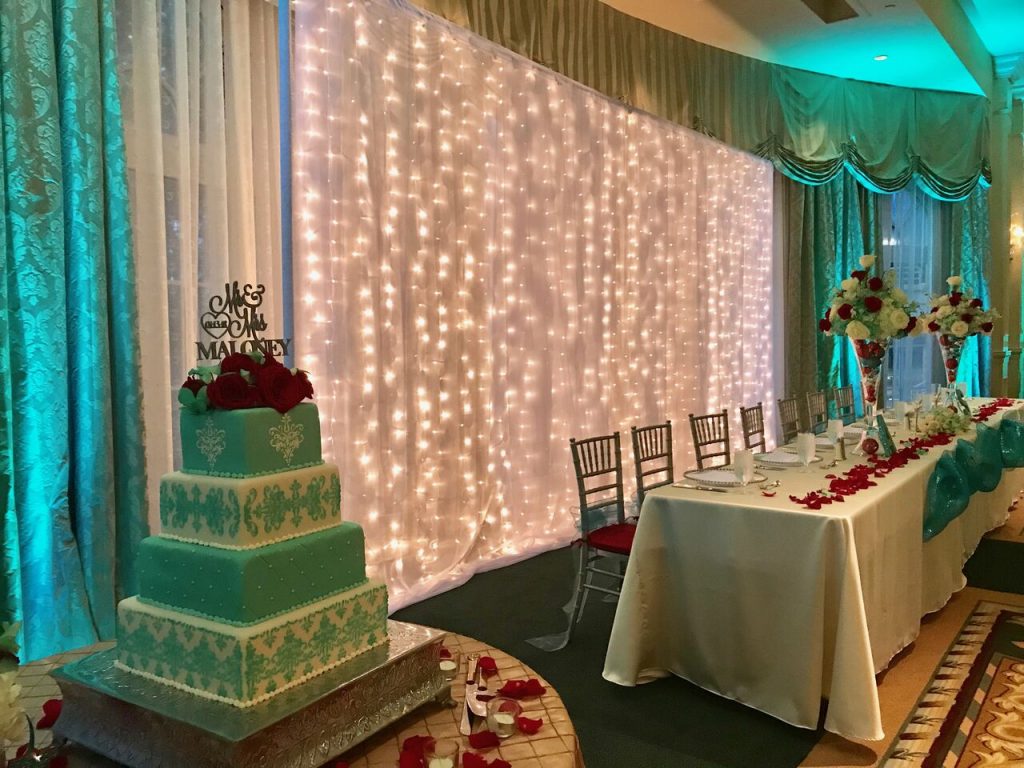 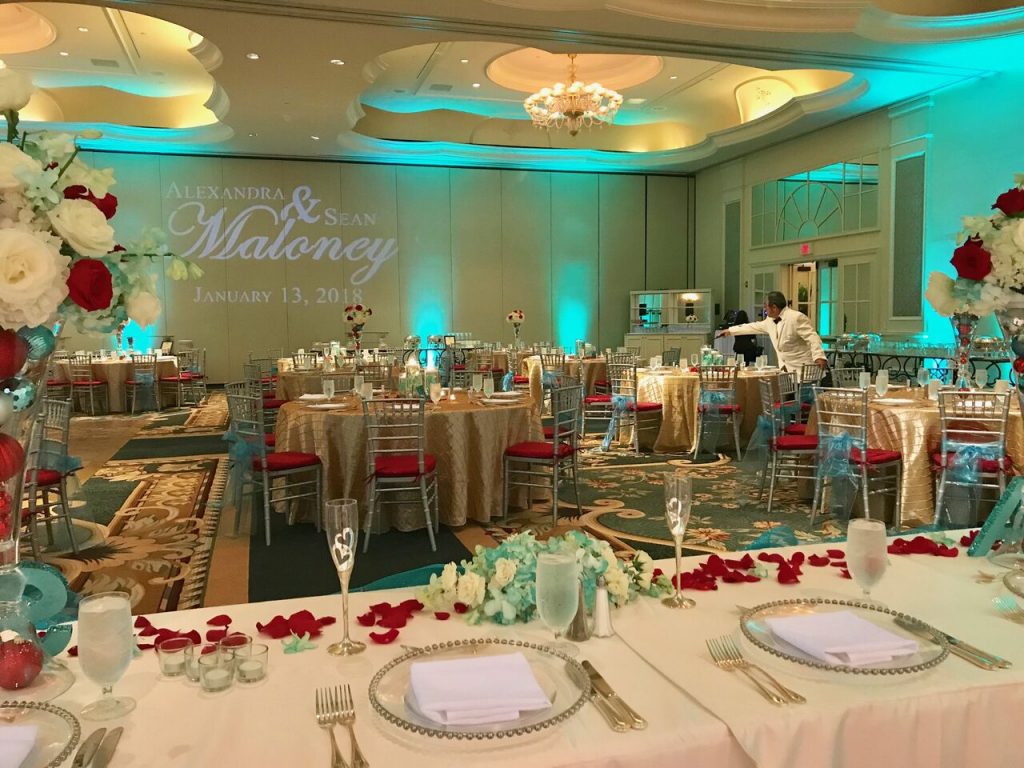 “Twist And Shout” by The Beatles

“The Way You Look Tonight” by Frank Sinatra

“Hey Ya!” by OutKast

“Shut Up And Dance” by Walk The Moon

“I Wanna Dance With Somebody (Who Loves Me)” by Whitney Houston

“I Gotta Feeling” by The Black Eyed Peas

“Get Lucky” by Daft Punk

“Cake By The Ocean” by DNCE

“Shake It Off” by Taylor Swift